I sometimes use the term “just-in-time” in regards to teaching, especially as it applies to content. Originating in the manufacturing world, the basic idea is that materials are acquisitioned only as they are needed, so that companies don’t bear high inventory costs for materials sitting around waiting to be needed.

This concepts applies well in teaching and learning. Students of all ages learn more completely, more deeply, when they have the opportunity to immediately apply their learning. Such a situation presented itself to me this week.

Eight Meliora students are collaborating on writing a Western genre short story. Each of them is responsible for developing a character representing a single Western archetype, and for developing parts of the plot that include their character. Yes, a tall order! We have had a series of discussions, and the students have made a number of decisions as to how they are going to tackle the project.

One question that came up was regarding point of view. They decided pretty quickly that a third person point of view was the most reasonable choice. We then dove into which type of third person — close or omniscient? I realized, based on student reactions, that these were terms some of them understood, others did not. So, they received this assignment this week. It is a combination of learning about point of view, and then immediately applying it to work they are doing. I am confident this just-in-time approach to learning this concept is going to “stick” much better than if the students had a lesson as part of their grammar text and then moved on to the next lesson without a #realworld application. 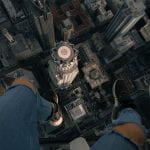 Photo by Jakob Owens on Unsplash

It all comes down to #stories 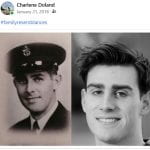 I posted this on Facebook tonight, with a comment of, “#familyresemblance, my dad’s oldest brother and my youngest son.” Within seconds I had a bunch of “likes” and “loves” (and a “wow”), many of them from people whom I rarely interact with on Facebook. What caught people’s attention? Not how handsome these young men are, but the #story. Images of two young men frozen in time at similar ages, separated by nearly 80 years, yet genetically entangled enough to closely resemble each other. One who obviously spent time in the military. The other, we have no idea (yet) of he present or future, but we would like to know more. Our stories are what bind us together as humankind.

A few days ago, I was checking out at the grocery store. The clerk made a silence-filling comment we have all heard many times, about yearning for the end of her shift so she could go home. Oftentimes, I would have smiled and nodded or similarly acknowledged her comment without engaging. Instead, I responded, asked her more about her work day, and by the time we finished conversing, I knew a ton, not only about her work day but her family life, her dog, and where she lived. Why was she so open? Maybe I was the first person in the day who had actually tried to create a connection? Who showed an interest in her beyond being the person scanning items and telling me the total?

My #oneword for 2022 is #truthful, and one way I can be more truthful is by being present, being curious, actively engaging with others, reinforcing the importance of their stories.