As I stood among the swirling mob, one of the sixth graders approached me. “Where do I go to get my stuff?” In the crowded entryway, there were several tables, with ranges of letters clearly marked, “A-F,” “G-L,” etc. This student explained his last name started with “N,” and he didn’t know which table was his. As I directed him to the appropriate table, a second student tapped me on the arm. “Where do I go…?”

It came as a shock that these eleven-year-old children didn’t understand alphabetization. I imagined that many (all?) of these students have never used a print dictionary. When they need to know how to spell a word, or to understand its meaning, they sometimes enter a proximal representation into a search engine, and up pops the answer. Or, they right-click on the word within a word processing app, and voilà, the correct spelling and/or definition appear like magic. They often have the additional cue of a red underline appearing each time they misspell a word, so there’s no apparent advantage to actually knowing how to spell. Or the sequence of letters and how they are placed in a dictionary. 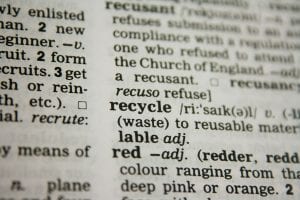 This disconcerting realization caused me to consider the ramifications of a generation(s) of students who haven’t learned and practiced alphabetization skills. The literature is rife with studies where memory system capacities, especially working memory, are measured and analyzed using span tasks which appraise the subjects’ ability to recall and sequence information. One such task is alphabetization, in which the subject is given an auditory series of letters and asked to rearrange them into alphabetical order and articulate the reorganized series.

The overwhelming conclusion of these studies is that subjects who are able to manipulate longer sequences have better fluid intelligence, and are more capable in many cognitive domains, including problem-solving, reading comprehension, and ability to confidently navigate complex social situations. Because our brains are “plastic” (neuroplasticity), sequencing abilities improve with practice. In past generations, this practice came regularly, while using dictionaries, memorizing information, mentally calculating sums… With the ubiquitous use of technology tools for these tasks, we no longer practice. I wonder what the fallout is? 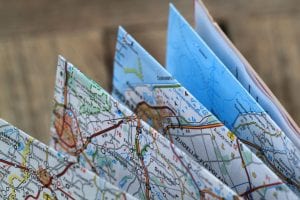 Another example is our dependence on GPS systems to navigate our world.The conclusions from research done to-date are dismal, such as “using a GPS excessively might lead to atrophy in the hippocampus as a person ages, and this could put them at higher risk for cognitive diseases later in life.” Alzheimer’s, anyone? Researchers have also found that subjects who use spatial navigation (in other words, not GPS) have a greater quantity of grey matter, and score higher on cognition tests.

These are but two examples of how technology innovations have changed how we interact with the world. I don’t want to sound alarmist, because I am very fond of the ways technology has made my life easier, such as finding information for this article! But, I do think there are unintended consequences we haven’t considered. Especially ones that haven’t yet had time to manifest themselves.